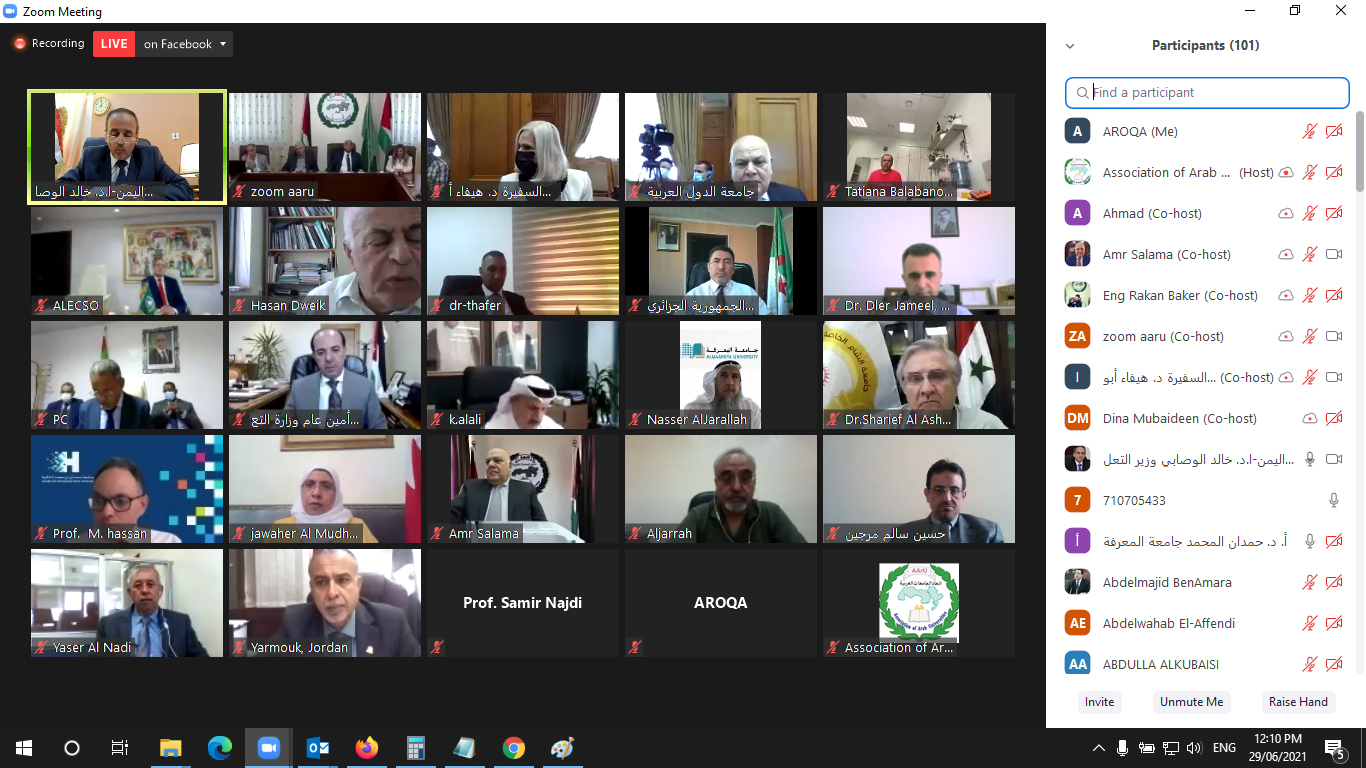 AMMAN – HE Dr. Talal Abu-Ghazaleh, chairman of the Arab Organization for Quality Assurance in Education (AROQA), stressed the importance of the Arab Universities’ Ranking project launched by the League of the Arab States, as a significant and outstanding achievement which would effectively contribute to promoting and developing higher education and scientific research in the Arab states, including at Arab universities.
The ‘Arab Universities’ Ranking project, initiated by the Iraqi Ministry of Higher Education and Scientific Research, intends to secure the promotion of Arab Higher Education to comply with  internationally recognized standards. It also contributes to promoting the higher education and scientific research system in the Arab region to enable universities to build their competitiveness and establish bridges of academic and research cooperation amongst them.
Moreover, the Project aims at adopting the best global practices in order to develop the quality of scientific and academic research of educational institutions in line with regional dynamic changes to improve the outputs of higher education and scientific research, so that universities can lead Arab development.
The signing ceremony of the project memorandum of understanding was held virtually in the presence of HE Dr. Haifa Abu Ghazala, Assistant Secretary-General and Head of the Social Affairs Sector in the General Secretariat of the League of Arab States, HE Dr. Amr Ezzat Salama, Secretary-General of the Association of Arab Universities and a representative of the Arab Organization for Education, Culture and Science, in addition to a host of ministers of Higher Education in several Arab countries with the participation of AROQA.
Participants indicated that the project provides a set of incentives to the Arab universities to participate in the Universities’ Ranking Project which would contribute to enhancing outputs of education and research, as well as enhancing their influential presence on the international arena. It will also enable researchers and faculty members in the Arab states to compete for regional and international awards, projects and financial grants.