‘Abu-Ghazaleh for Technology’ to Open its Factory in Jordan 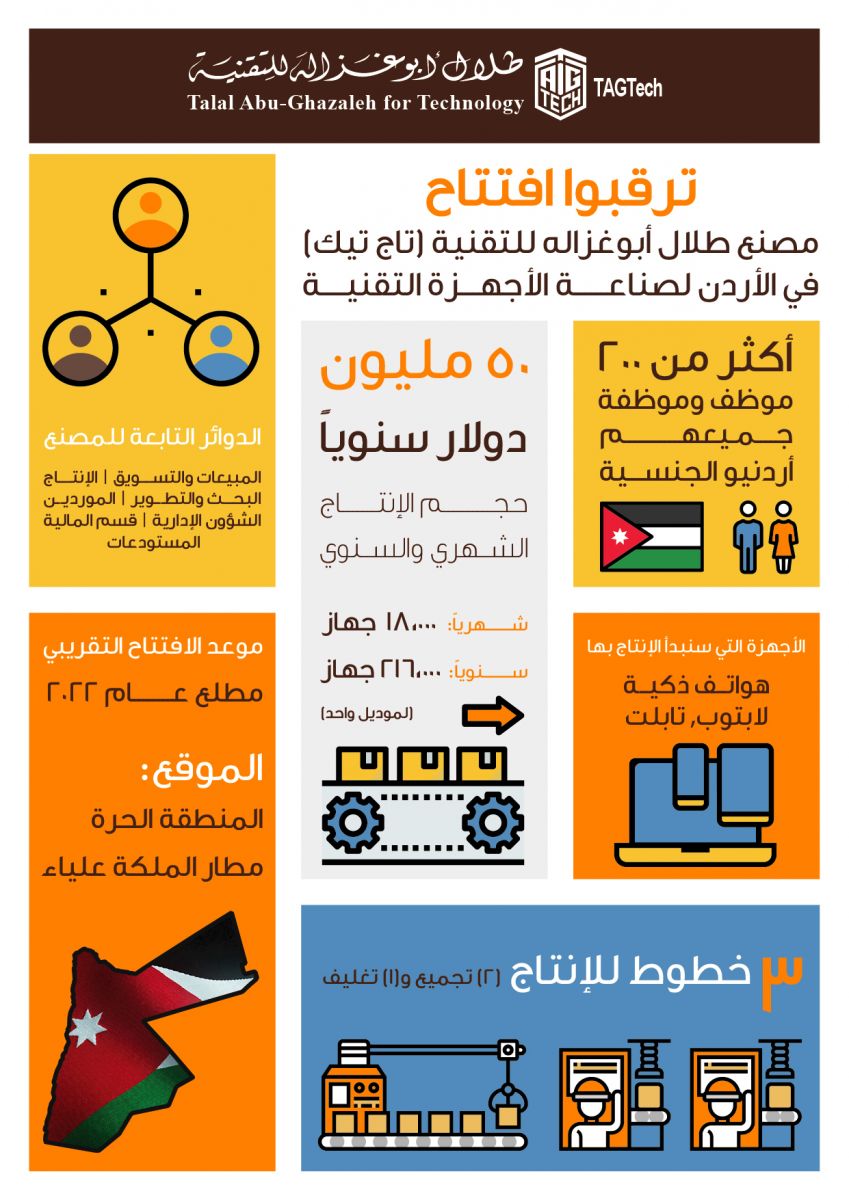 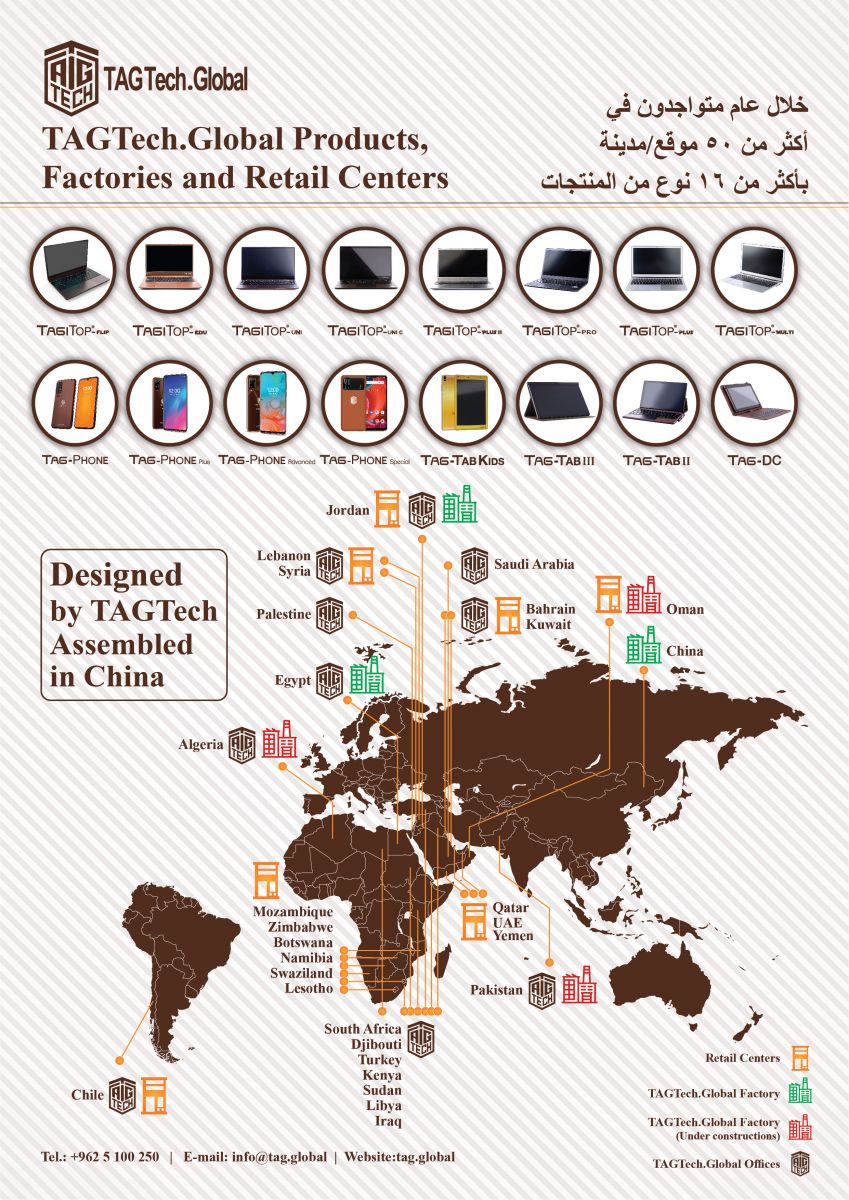 AMMAN - Talal Abu-Ghazaleh for Technology (TAGTech), a member of Talal Abu-Ghazaleh Global (TAG.Global), has announced the inauguration of its new factory in Jordan early this year 2022, whereas construction works are in their final stages.
TAGTech Deputy Director, Mr. Ramez Quneibi, stated that the production lines have already been installed and would soon start working. The factory, which is located at the Jordan Free and Development Zones in the Queen Alia International Airport area, would be mainly specialized in the manufacturing and the production of electronic and technological devices.
The factory is built on two plots of land and it housed in two separate buildings; the first is an industrial building equipped with integrated production lines; while the second will be designated for commercial storage, where products would be prepared for exportation.
Mr. Quneibi also noted that the selection of Queen Alia International Airport Free Zone as the factory location is attributed to the advantages and the facilities the Zone offers to investors. That is in addition to its strategic location since it is well-established to become a central airport that facilitates exports to all destinations. This particular location is also known for its various trade and economic activities, Quneibi said. He further elaborated that the establishment of the factory in Jordan comes in line with the unrivalled commitment of HE Dr. Talal Abu-Ghazaleh, founder and chairman of TAG.Global, to serve the country through technological development, under the wise guidance and vision of His Majesty King Abdullah II, stating that TAGTech Jordan factory follows two previous ones built earlier in China and Egypt.
The new factory would create more than 200 job opportunities  for Jordanian administrators, professionals and technicians, with an investment that exceeds $2 million. The production will be processed through three main lines; two assembly lines and one packaging line.
Accordingly, Quneibi revealed that the annual production volume is expected to be huge; thus, qualifying this project as the first technological enterprise of its kind in the Kingdom, that offers technological devices manufactured and produced by TAGTech’s Jordanian and Arab expertise.
TAGTech factory will be specialized in manufacturing a series of high-tech devices including laptops, tablets, smartphones and others characterized by their high specifications at affordable prices for all.
For further information about TAGTech, please visit the website: www.tagtech.global