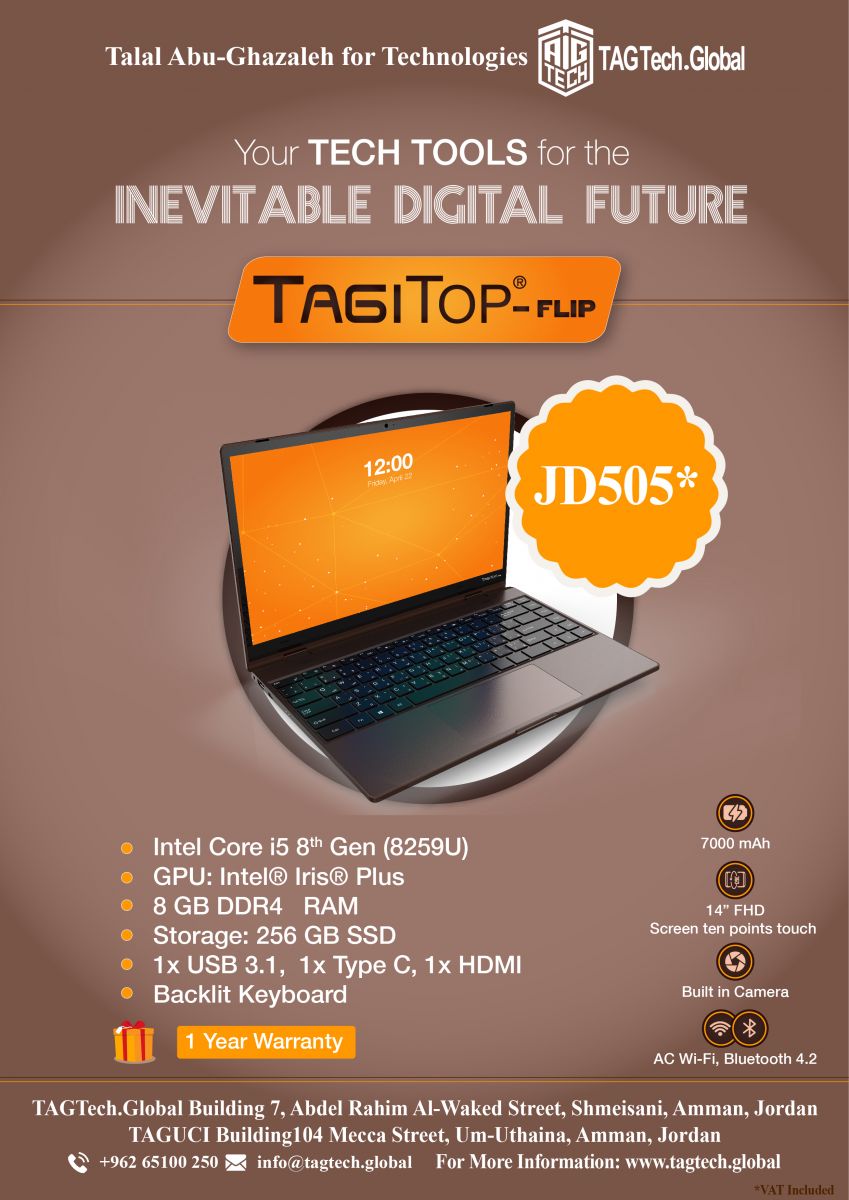 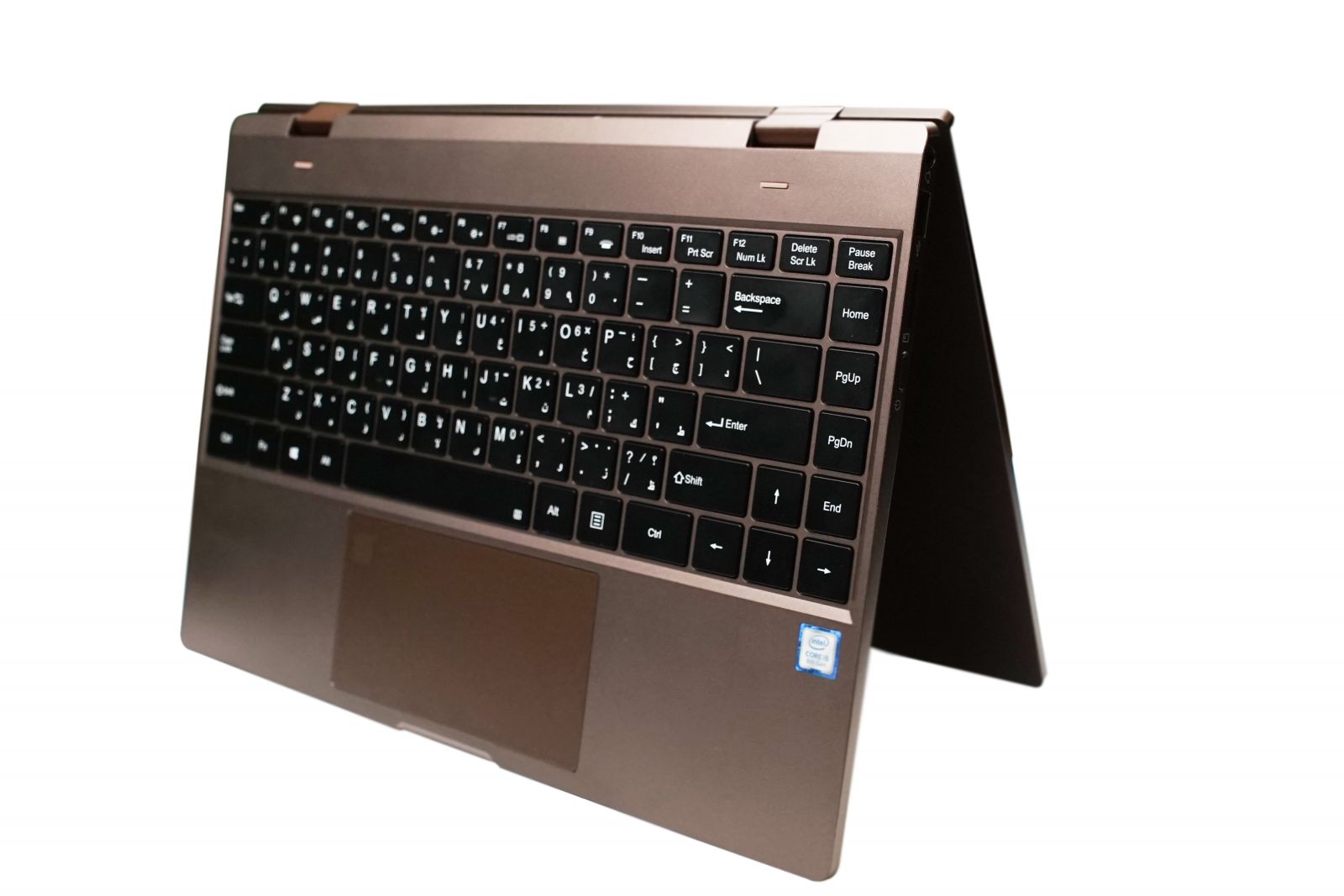 AMMAN - Talal Abu-Ghazaleh for Technology “TAGTech”, a member of Talal Abu-Ghazaleh Global (TAG.Global), announced the release of a new edition of the 2021 convertible “laptop and tablet” the TAGITOP- FLIP; a new device distinguished by its high-level performance.
TAGITOP- FLIP was designed by Jordanian experts in the manufacturing and technological production field, and it is manufactured at TAGTech’s factories in China.
TAGTech announced that the new TAGITOP- FLIP will be soon available at TAG.Global’s main showrooms as well as at its large network of retailers in Jordan, the Arab region and worldwide.
The new TAGITOP- FLIP device is characterized by its high improved specifications and flexibility which makes it the best choice for daily use. The new laptop allows users to flip the screen 360-degrees to become convertible into a touch-enabled tablet, in a user-friendly mode.
Additionally, the new TAGITOP- FLIP device comes with Intel® U43E i5-8259U processor –which means powerful overall performance and full-HD (1920×1080) IPS touch-panel screen.
TAGITOP- FLIP is also distinguished by its Intel® Iris® Plus Graphics 655 processor which offers a distinctive performance of software and games, in addition to a long-life, lithium battery of 700 mAh.
TAGTech offers TAGITOP- FLIP at JD505 including tax, with one-year warranty and free delivery to all governorates in the Kingdom.
It is worth mentioning that Talal Abu-Ghazaleh for Technologies (TAGTech) has started manufacturing electronic devices in China, which reached up to 15 devices so far, including laptops, tablets and smartphone (TAG-Phone). All such products are offered in more than 50-locations worldwide. Currently a new TAGTech factory for manufacturing such devices is under construction in Madaba in Jordan.
For further information, please visit TAGTech website: www.tagtech.global