Abu-Ghazaleh Calls for Building a Knowledge-Based Society, Asserts Innovation is the Path for Wealth Creation 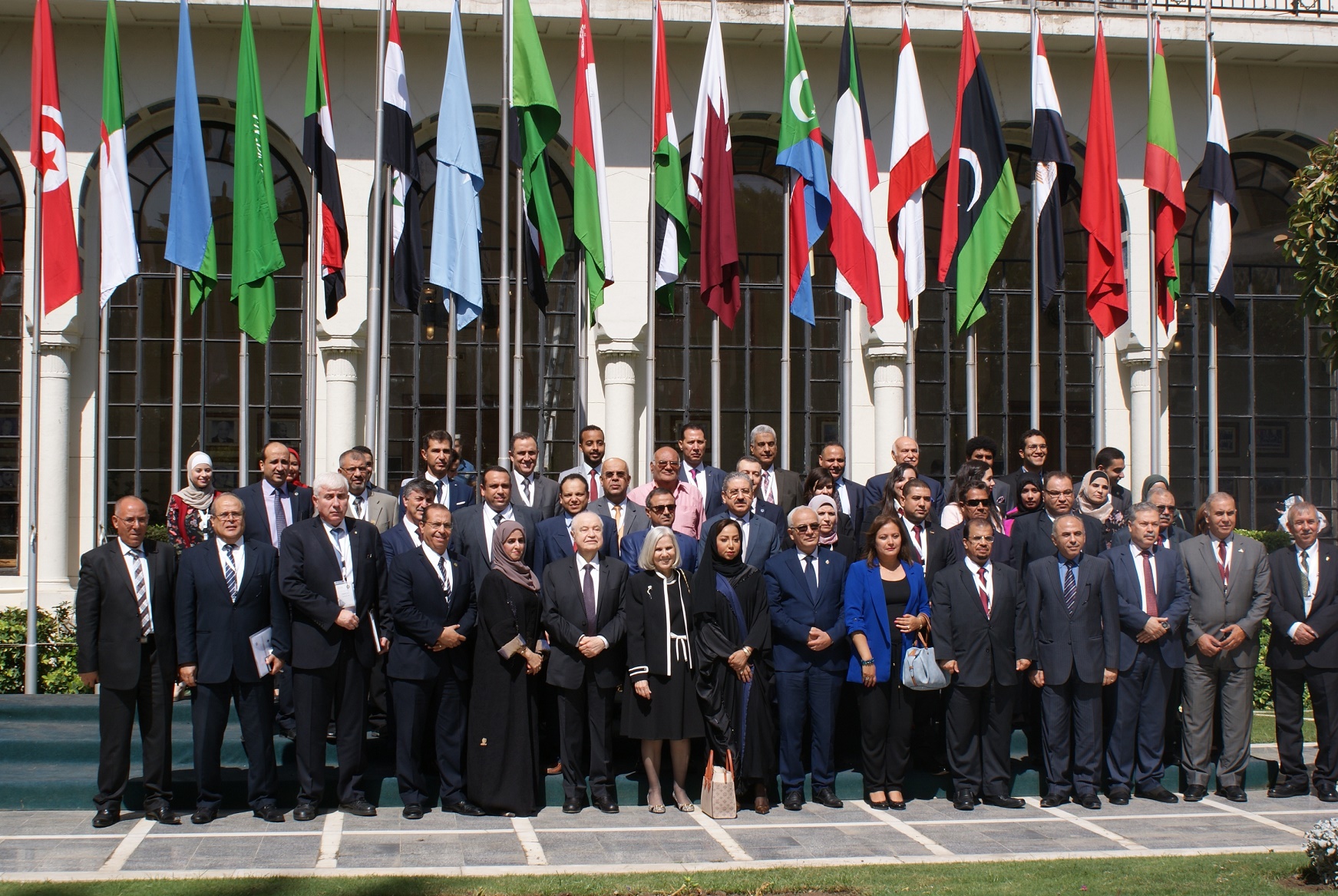 CAIRO - The Arab Organization for Quality Assurance in Education (AROQA) held its 11th Annual Conference entitled ‘Transforming Education from Teaching to Learning in the Arab World for Innovation’ under the patronage of the League of Arab States Secretary General, Mr. Ahmed Aboul Ghait at the League Headquarters in Cairo.
The Conference was held in the presence of a host of Higher Education Ministers, university presidents and professors from different Arab countries in addition to managers of Arab and global organizations with the aim of enhancing quality of education in the Arab countries, enriching scientific research in quality and accreditation, as well as reviewing field studies and encouraging the use of quality systems and application of accreditation standards.
HE Dr. Talal Abu-Ghazaleh, Chairman of AROQA, stressed the urgent need for transforming traditional indoctrinating  education into learning noting that the Arab world is in need for a digital knowledge-based education to build a knowledge-based society.
He also underlined the importance of learning for the purpose of innovation in all fields focusing on the significance of graduating inventors who create job opportunities for others, not certificate holders who only become job seekers.
Dr. Abu-Ghazaleh asserted that innovation is the path for creating knowledge and wealth, stating that ‘our teachers should become technical mentors for their students taking into consideration that the largest global companies worldwide in terms of value are knowledge based corporations’. He further added that Talal Abu-Ghazaleh University College for Innovation (TAGUCI) is a university college that graduates inventors.
Meanwhile, Dr. Abu-Ghazaleh stressed the need for scientific, professional and applied programs as basic foundation for learning, noting that the future will be based on the ability of capturing the benefits of Artificial Intelligence (AI), and calling for adopting AI as a basic course in school curricula.
During the conference, Dr. Abu-Ghazaleh predicted that in 2050 we would enter the world of Singularity where man and machine become one, saying that the “Social Justice State is the knowledge-based state where every individual becomes knowledge worker”. Towards that objective he called for more attention to teaching computer programming for kids.
Dr. Abu-Ghazaleh predicted that the upcoming decade will witness the superiority of Artificial Intelligence vs. Human Intelligence, noting that there will be no ministries or public institutions for education, since knowledge and sciences will be all available on the Internet, which means that we will move from Continuous Learning to Continuous Innovation.
Dr. Abu-Ghazaleh concluded his remarks by urging for transforming to the Smart School Bag’, announcing that TAG.Global designed and produced the first Arab tablet (TAG-DC).
It is worth mentioning that the Arab Organization for Quality Assurance in Education (AROQA) is an international non-profit independent association established in Belgium in 2007. Its main objective is to promote the quality of higher education with a particular focus on the Arab world. It works under the League of the Arab States’ umbrella. AROQA is chaired by HE Dr. Talal Abu-Ghazaleh, while its Honorary President is the Secretary-General of the Arab League.