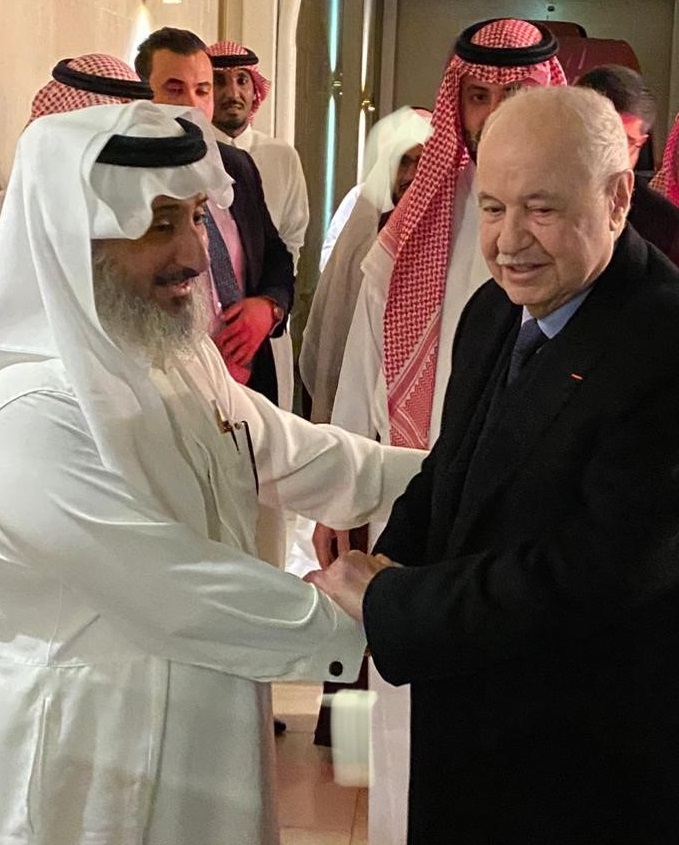 AMMAN – HE Dr. Talal Abu-Ghazaleh, chairman of the Arab Organization for Quality Assurance in Education (AROQA), awarded the ‘Distinctive School Accreditation’ to Thamer International Schools (T.I.S.) in Jeddah, Saudi Arabia.
The distinctive accreditation was granted on the basis of  a report submitted by AROQA Accreditation Committee, certifying that the T.I.S. have been distinguished in different educational aspects and areas; particularly in digital leaning, entrepreneurship and innovation, teaching creativity and research, providing research resources, and shifting from education to self-learning using technological tools. That is in addition to developing a plan to keep abreast with the global standards in its educational outputs.
Dr. Abu-Ghazaleh expressed his gratitude in collaborating with Thamer International Schools, and highly commended the wisdom of His Royal Highness Prince Faisal Bin Thamer Al Saud, chairman of T.I.S.
He further pointed out that AROQA launched the ‘Distinctive School Accreditation Standards’ targeting educational institutions that aim at achieving excellence, through investing in modern technologies and Artificial Intelligence (AI) tools, utilizing digital learning in the educational process  and enhancing innovation, creativity and entrepreneurship so as  to become the schools’ approach in achieving quality assurance and distinctive accreditation in the Arab countries.
For his part, Thamer International Schools Principal, Mr. Mohammed Al-Ghamdi, highlighted the importance of granting AROQA school accreditation for its significant role and benefits in improving and elevating the educational process, pointing out that the Schools’ policy is based on utilizing modern technology, innovation and creativity in order to build a generation skilled enough to cope with world of knowledge.
Al-Ghamdi also thanked Dr. Abu-Ghazaleh for his great efforts in serving the educational sector in the Arab countries and international communities.
The Arab Organization for Quality Assurance in Education (AROQA) is an international non-profit independent association established in Belgium in 2007. Its main objective is to promote the quality of higher education with a particular focus on the Arab world. AROQA is chaired by HE Dr. Talal Abu-Ghazaleh, while its Honorary President is the Secretary-General of the Arab League.
Thamer International Schools is a private, independent and academic school established in Jeddah, Saudi Arabia in 2000, chaired by HRH Prince Faisal Bin Thamer Al Saud. It legally operates under the supervision of the Ministry of Education and it is accredited by NCA – CASI (North Central Association Commission on Accreditation and School Improvement) and Cambridge International Attached Center.